There’s ok news and bad news. The good news is you can test Windows Store apps – the bad news is, it’s hard to do it properly.

Read on if you want some more details and explanations!

If you want to unit test your application, you’ll need to add a Unit Test project. For Windows Store apps using .NET, you get a project template out-the-box.

When you add this project to your solution, you’ll see that the test project actually has a structure that is very similar to a Windows Store app – it has a certificate and an app manifest too. This is because if you’re going to use and of the Windows capabilities in your tests (like File Storage, Camera, Location and so on) you’re going to need to enable them in the app manifest, just like you would a normal app. 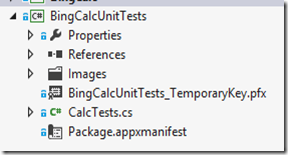 You can run tests that are in the project in the Test Explorer window, but automating them as part of a Team Build will require you to run the Build Agent in the Interactive Mode (as opposed to as a service) since the Windows capabilities require interaction with the desktop. Furthermore, you won’t get Code Coverage when running these tests either through the Test Explorer or in a Team Build.

For JavaScript apps, you’re almost out of luck. You can install QUnit for Metro which gives similar functionality to the C# Unit Test Library. The difference is you’ll need to set the test project as your Start project and then run that to actually execute your tests – there is no “headless” way to run these tests. If you’ve installed Chutzpah Test Adapter, then you’ll see the tests in the Test Explorer Window, but they’ll fail if you try to run them. There’s no integration with Team Build, so you can’t run automated tests using this framework.

Once you’ve created a QUnit Test Project, you have to add links to the js files in the project you want to test. Then you write your QUnit tests, and run the application (setting the test project as the start up project). When you run that, it’ll execute your test cases:

The manual testing story for both .NET and JavaScript apps is the same. The trick here is that you can’t test on the local machine – you’ll have to have a separate Windows 8 device to run your app on. The steps you need to follow for manual testing are as follows:

Step 1: Install the Remote Debugger on your remote device 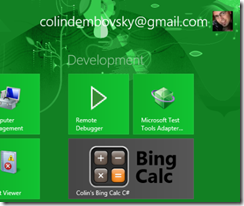 Step 2: Create a TFS Build to build your application

Step 3: Push your application to your remote device via MTM 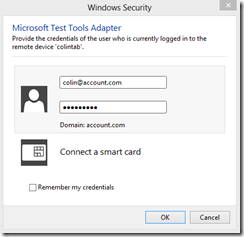 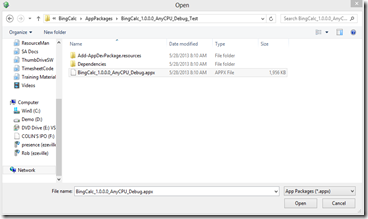 Step 4: Set the build for your Test Plan 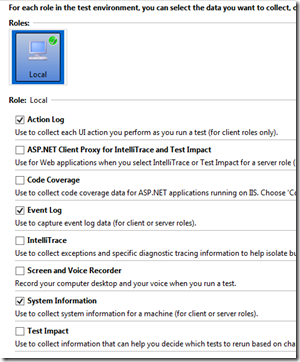 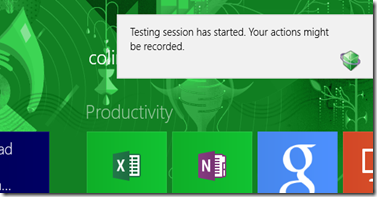 When you log a bug, you’ll get detailed info. The Action Log opens really nicely as an HTML page with links showing where you tapped and so on. 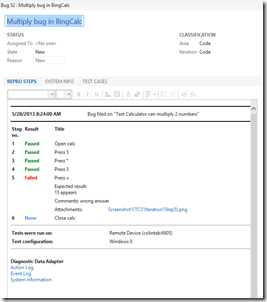 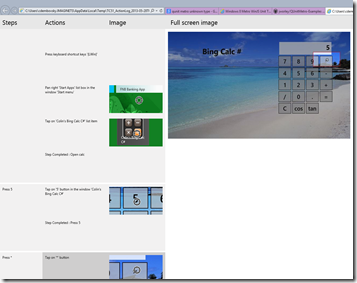 This works in exactly the same manner – except you don’t have a test case to follow. You can filter the steps out when you log bugs (or test cases) as you go. 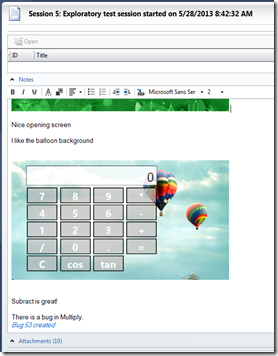 I was really hoping that this would be something that you could do from Visual Studio – except, that it’s not. Here’s what happens when you generate a coded UI test from a test case action recording: 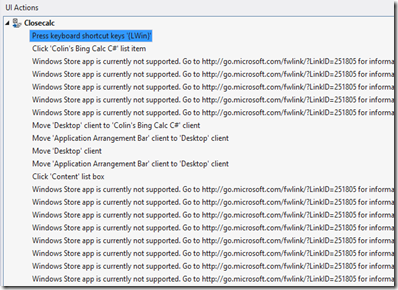 Unfortunately it’s a bit of a bleak outlook at the moment for testing Windows Store apps. Even when you can do some testing, you’re limited, and you’re going to have to invest significant effort. I am hoping that the story will improve with future versions of TFS and VS. For now, the best value-for-time-and-money is on manual testing using a remote device. If your Windows Store App is written in .NET, you can do some unit testing, but you’ll have to make your build agent interactive to run the tests as part of a build. If you’ve got JavaScript Windows Store Apps, then try out the QUnit for Metro extension, but it feels a bit hacky and you won’t get any build integration.

A couple of weeks ago I was doing a road-show where I did demos of TFS 2012 and it’s capabilities. I do a 4 hour demo that shows an end-to-end scenario, showing capabilities such as requirements management and elicitation, work management, developer tools,

Late last year I uploaded my first VS Gallery contribution – Colin’s ALM Corner Checkin Policies. One of the policies in this pack is a Code Review Checkin Policy. I blogged about it in this post. One of the pieces of feedback I got